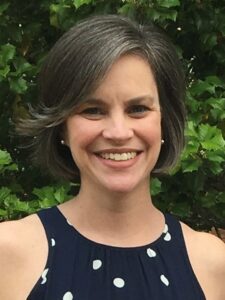 Let’s be honest. How many times in your personal or working life have you made a decision based on a pre-conceived opinion of someone, or group of people? Think back. You may have avoided inviting a colleague to an important new business meeting, simply because they were once late to a kick-off session with a new client. Or when meeting someone for the first time, you made assumptions about them – their career, education level, relationship status – based on your first impression. There are countless everyday examples where unconscious bias has led us all to make assumptions. In the workplace this can have a huge impact on equality. At a time when diversity and inclusion is so critical to an organisation’s success – it’s important to understand how unconscious bias affects your decision making processes. And more importantly what you can do to change your perceptions.

Brain science is the cause

Humans are naturally hardwired to make assumptions about a person without knowing their full story. This hardwiring can be found in the amygdala, the oldest part of our brain and the first stop for information coming in. It is our fight or flight center, where, within milliseconds, our brain decides if something or someone is a threat. The amygdala creates images of what is familiar. And when the amygdala is presented with something different from what it expects, it releases a stress hormone that sets off a chemical chain reaction. This influential part of the brain generates stereotypes that are automatic, unintentional and able to influence behavior.

The point here is that we’re all affected by unconscious bias. It’s deeply engrained in our brains. But this doesn’t mean we can’t do anything about it. We really can – by understanding the different types of bias, and reflecting on our own personal habits.

There are three widely accepted categories of bias that affect us all. Can you think of examples where you’ve made a decision based on these types?

Have you ever attributed someone’s performance to a certain characteristic instead of believing it was a result of their skill, knowledge or effort? A girl is struggling with math because “it is harder for girls”. Or have you assumed that a colleague was promoted because of their race or gender instead of deserving the promotion?

This is when you assign value to something based on a bias held. If you see a famous Picasso painting in a flea market, most likely you wouldn’t recognize it – simply because you wouldn’t expect to see the painting in those surroundings. In business, you may discount input that comes from an intern when compared to someone who has been working for 30 years, even if the intern’s idea is better.

Labelling people based on first impressions is a common form of bias. If a colleague performed particularly badly in their first client meeting, would you invite them to future meetings? No doubt you would be reluctant, or at least think twice.

Reflect on your own biases

Take a few moments to think about your own biases. Be completely honest. Are you, for instance, more likely to believe someone who has the same accent as yours? Do you gravitate towards people with the same education or background as you? How important are first impressions to you – are they lasting, and do they influence future decisions? Write a list of all the situations when you’ve been biased, and try and find the triggers.

And when you do make a biased decision, don’t shy away. Own it. Ask yourself why. If you slow down and take more time to think about the reasons why you’re making a particular decision, you stand a better chance of avoiding the same mistake in the future. Remember that we all have bias. Having a bias is not the same as acting on that bias. As your awareness of your biases grows, you will begin catching yourself more. When that happens, reflect, and, if necessary, apologize.

While it’s crucial that you consider your own biases – it’s equally important to raise the self-awareness of others who show biased decisions. Resist judging them – instead, help them to understand why they made a particular choice. You can ask some powerful questions to get them thinking: “I’m curious why you seem to hold an assumption about…” Or “What you said made me a little uncomfortable. Can you shed more light on that for me?” Questions like these will get others thinking – and that’s the whole point, don’t ignore your – and others’ – unconscious biases. Understand and acknowledge them.

Like author Robertson Davies once said, “the eye sees only what the mind is prepared to comprehend.” I can’t think of a more apt quote to illustrate the challenge around unconscious bias. If you can understand the why, then your eyes will be opened to a whole new world of opportunities.

If you’d like to learn more about Unconscious Bias, we recently hosted a training session with Women in Localization. You can watch the webinar here.

Any cookies that may not be particularly necessary for the website to function and is used specifically to collect user personal data via analytics, ads, other embedded contents are termed as non-necessary cookies. It is mandatory to procure user consent prior to running these cookies on your website.