Please join Women in Localization for an inspiring discussion with a senior-level executive followed by fun industry networking sponsored by Eleks, on April 3 at 6 pm at LinkedIn headquarters in Mountain View! 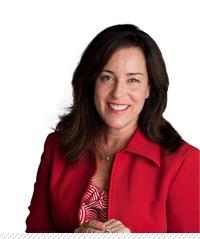 Paula Barbary Shannon, Chief Sales Officer at Lionbridge, will present a thought-provoking message entitled “Language at the core: Megatrends in Globalization”.  The discussion will cover Paula’s experience as an executive in the localization industry, the mega shift of Language as “an end” to a world with Language as “a means”, and a motivational call to action for the audience to pursue their own professional “evolution”.

Prior to joining Lionbridge in 1999, Paula was the Chief Marketing and Sales Officer for Alpnet, Inc., now SDL. She has more than 24 years of experience in the industry, including 10 years in senior roles with Berlitz International in California, Washington, D.C., and Canada.

Paula Shannon is fluent in English, French, and Dutch, and functional in German, Spanish, and Russian. Educated in Canada, Belgium and the US, she holds a B.A. in Russian and German with a minor in Linguistics from McGill University, Montreal, Canada. Paula is a Board Member at the non-profit organization Translators without Borders.

She has previously served on the Board of TAUS Data Association (TDA), several Montreal technology start-ups, and also the Board of the FTQ – Île de Montréal, the venture fund ‘arm’ of the FTQ development capital fund.

THIS IS GOING TO BE EPIC!

DETAILS OF THE EVENT

Event: Language at the core: Megatrends in Globalization

Women in Localization Board Team

About our SPONSOR – Eleks:

Software is Eleks’ core competence. Their extensive software development expertise comes in handy for software and games localization projects, where superior technical skills are needed. Eleks localization business unit was started in 2004 and has 180 team members now, with international presence in Ukraine, the UK and the US.
SHARE ON.