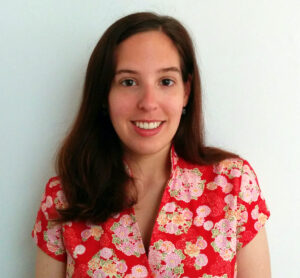 Women’s Status in the Localization Industry

Although there are more women than men working in the localization industry, and localization workers earn good pay despite it being seen as “women’s work,” we still face many of the same gender equality issues that plague the rest of society. While our industry is better than average for women, we cannot rest on our laurels. A 2017 CSA Research Survey on Gender and Family in the Language Services Industry found that men are overrepresented in top management positions, despite the fact that LSPs helmed by women are more productive and more profitable than those with male CEOs. The survey also found an overall pay gap of 19%.

These inequalities arise because women are less likely to negotiate their salary, ask for a raise, or go after a promotion. It is not because we are naturally less good at negotiating or less ambitious, but because society conditions women not to act too ambitious or too self-interested. In fact, when women do try to negotiate their salary or vie for promotion like a man, they are perceived by both genders as less likeable. Talk about a catch-22.[1]

So, with this reality in mind, what can language service providers do to foster gender equality in our industry?

Create an Equity and Diversity Committee

At OXO Innovation, we like to think of ourselves as a fair and inclusive company, but we realized as we expanded from 10 to 30 to 65 employees that good intentions are not enough. Everyone is guilty of unconscious bias. Therefore, companies need clear policies and structures that minimize any subjective element in decisions to do with hiring, pay and promotion.

To come up with these policies, last year OXO created an Equity and Diversity Committee with representative from different departments of the company. The committee meets on a monthly basis to discuss the issue of gender equality (as well as all types of diversity) and make policy recommendations to management. Below are some of the actions and policies we have come up with.

One of the first things the committee did is educate ourselves on the issue at hand so that we can identify weak spots in the company, come up with effective policies, and create a compelling argument to explain to management why these measures are worth the investment. We created a list of free online resources on the topic and attended a live webinar on “Interrupting Bias” offered by the McGill Executive Institute.

It’s important to recognize that this is an ongoing process and we are never done learning. We continue to read articles, share book recommendations and look out for training opportunities.

This is one of the quickest and easiest solutions to implement. All you have to do is make sure that the email address job applications are sent to is managed by someone who is not involved in hiring decisions. This person erases the name (can be replaced with initials) and any other gender identifiers from the application before forwarding it to the relevant parties. It also avoids any potential bias against non-white-sounding names.

For translator and reviser positions, when an CV meets our criteria, the next step in our hiring process is to send the applicant a short translation test. This step is also blind so that the person correcting the test does not know the name or gender of the applicant.

This step is much more complicated and will require hiring an HR consultant if you don’t already have this expertise in house. However, a clearly defined pay structure is an essential tool for any company that takes gender equality seriously. When it comes to negotiating salaries and raises on a case-by-case basis, there is so much room for unconscious bias and traditional gender norms to unfairly disadvantage women.

For LSPs that work with many freelance translators, it can also be relevant to come up with a clear policy on freelance rates, since women are less likely to negotiate a high rate or raise their rate, even after several years of freelancing for the company. Unlike with employees, there is no law preventing the company from paying male contractors more than female contractors. However, the large workforce for freelance translators is one of our industry’s most important assets, and they deserve equal treatment. Companies with a reputation for treating freelancers well also have a much easier time recruiting good freelancers.

Raises and promotions depend on performance reviews. This is another area where companies can look for ways to minimize the role of subjectivity, by establishing quantitative performance indicators.

For assessing translators, at OXO we’ve developed a language quality audit (LQA) system that allows revisers to categorize errors, with different categories being weighted differently. For example, a typo carries less weight than a mistranslation. These errors are then added up and the translation receives a score. It’s a more objective process than the reviser simply saying whether they thought this was a “good” or “bad” translation. It also allows us to see over time whether a translator is responding to feedback and improving, or whether they keep making the same type of error over and over again.

Cognitive scientists like Lera Boroditsky have shown that language can shape the way we think, and many studies suggest that the use of gender-inclusive language has a real-world effect on people’s biases and behaviours. One study, for example, showed that the use of the generic “he” in a job posting made women candidates feel less included in that professional environment and less motivated to pursue the job, compared to a posting for the same job that used gender-inclusive terms.

Therefore, one small thing a company can do to foster greater gender equality is come up with guidelines on gender-inclusive writing and include them in its brand voice guide for all internal and external communications. We also incorporated these guidelines into the style guides we use for our translation clients, unless otherwise specified by that client. Of course, this is much easier for some languages, like English, than for others like French or Portuguese, which are much more gendered.

The notion of gender equality is founded on a very simple premise—that all people deserve equal treatment and equal opportunity. Yet the number of factors at play make gender equality a very complex issue. Besides the prejudices deeply ingrained in us by society, workplace policies also need to ensure that women are not unfairly held back by pregnancy or menopause, for example. As long as we keep this conversation going, we can continue to make progress towards the goal of true equality and lead the change we want to see.

[1] A great book on these issues in Lean In by Sheryl Sandberg.